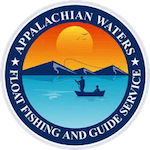 The New River is our home water. We have floated The New River from it's beginning in North Carolina at the confluence of the North and South Forks, all the way into West Virginia to the headwaters of Bluestone Lake. This is a total distance of approximately 200 miles. The New River varies from placid flat pools, to Class IV rapids. The scenery and fishing are spectacular. While smallmouth bass are our primary quarry, many other species are also present and frequently caught. These include muskie, largemouth bass, bluegill, red-breasted sunfish, red-eye, catfish, carp, spotted bass, walleye, and striper. If you are a warm water spin or fly fishing aficionado, the New River is a must fish destination.

Running through the heart of Virginia, the James River is one of the longest rivers in the U.S. contained entirely within a single state. From its beginning near Irongate the James River flows approximately 340 miles to the Chesapeake Bay. We concentrate our trips on the upper James from Irongate to Snowden. This stretch is approximately 75 miles long and contains rapids up to class III. The scenery and fishing are excellent. Smallmouth bass are the dominant species and our primary quarry, with muskie, bluegill, red-breasted sunfish, red-eye, catfish, and carp also present and frequently caught. The James River, like the New River, is simply a must fish destination for warm water fans.

The Jackson River joins the Cowpasture River near the Town of Irongate to form the James River. Approximately 40 miles upstream the Jackson River is impounded by Gathright Dam to form Lake Moomaw. This dam and the cold water tailwater fishery it created has stirred up quite a controversy over the years. To make a long story short, some landowners here have successfully defended their claims to not only owning the land under the river, but also the fish that swim in the river. As a result, float fishermen may float through these areas, but they may not fish. This is not the case for every landowner along the tailwater though. The Jackson Tailwater is approximately 19 miles long from the dam to the City of Covington. The upper section (about five miles) from the dam to Johnson Springs is best avoided by the float fisherman. The Jackson Tailwater supports a naturally reproducing population of rainbow and brown trout. It has not been stocked since the landowners won their historic court battle, however the fishery has flourished. Rainbows are the predominant species, but browns are plentiful also, especially farther downstream. Fallfish, the largest native minnow species in Virginia, are caught often too, some of them approaching 20 inches. The Jackson River Tailwater is a beautiful river, with excellent fishing. It is a great destination for trout addicts.

The South Holston Tailwater is located in northeast Tennessee. The specific stretch we float is the 14 mile section between the weir dam at Emmett and the headwaters of Boone Lake at Bluff City. The river's flow rate is controlled by TVA's generating schedule, and is usually one of only two different rates, either on or off, because there is only one turbine. When they are not generating, the water level is too low for floating. When they are generating, the water is too high and swift for wading. The South Holston Tailwater has a reputation for producing very large brown trout. Each year, browns exceeding 10 pounds are caught. Rainbows are also present, though they are not as prevalent nor do they grow as big as the browns. The fishery is both hatchery supported and naturally reproducing. If you are looking to possibly catch the fish of a lifetime, the South Holston Tailwater is your destination. 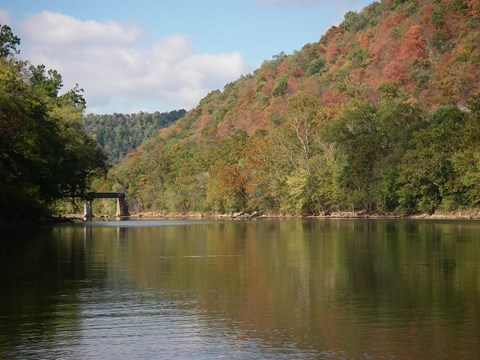 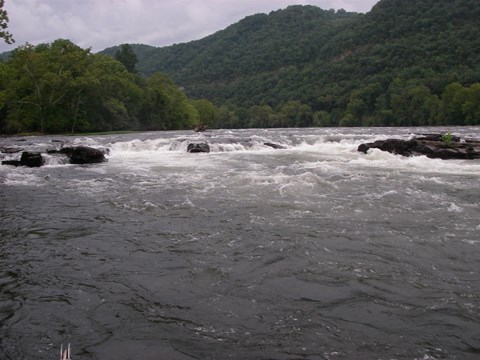 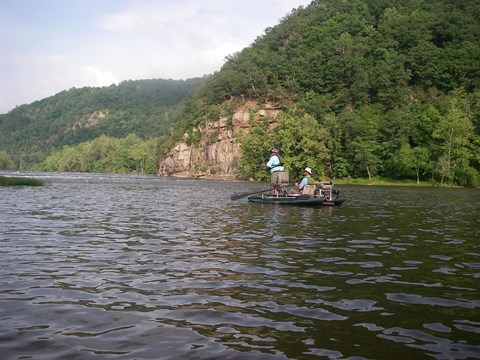 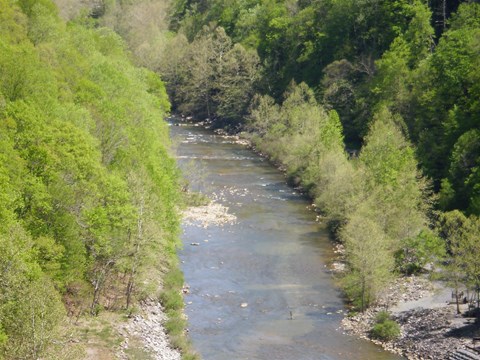 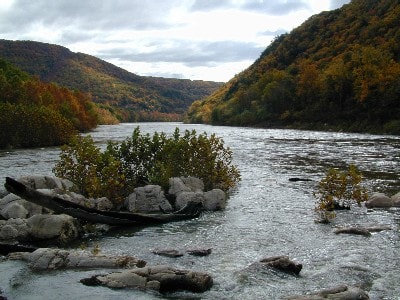 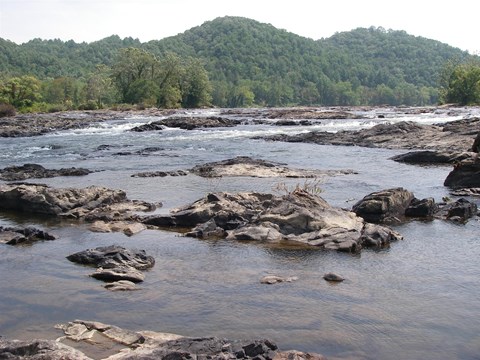 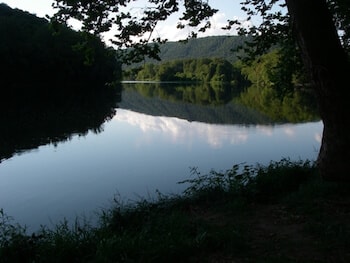 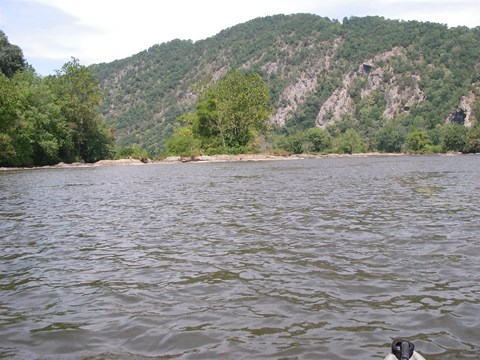